The meeting of Lil Picard and Lothar Wolleh will be remembered for a long time by Lothar’s son Oliver. It effectively shows the emotional connection that precedes the creative process. A very personal memory for Oliver.

It was maybe autumn 1978, Lothar Wolleh had just been released from the hospital again, so he asked me to accompany him as his ‘assistant’ to a photo shoot. At the time, the American artist Lil Picard was living in the German town of Essen, staying at a friend’s house. I was 12 years old, and I knew about the heavy camera cases and massive tripod my father used, which he found difficult to carry, especially right out of the hospital. So we drove to Essen, where a friendly old lady greeted us after we had unloaded the heavy equipment from the car. Lil Picard was alone, spoke excellent German, and my father’s admiration for this woman, as well as her charm, created a warm and open atmosphere in just a few minutes. So we sat at the kitchen table, the adults drinking coffee in pleasant conversation, me sipping a juice and reading a Mickey Mouse book.

It was not long before we were immersed in the inhuman Nazi machinery, in Nuremberg and Auschwitz, in the television series Holocaust, talking about fleeing and friends who had died; how Lil Picard had escaped the Nazi henchmen, deceiving those who believed in the superiority of their race with her fair hair and her accent-free German, murderers who did not watch their words in full train compartments.

A chasm filled the kitchen

And what did my father do? He squirmed. He tried to put things in perspective, unwilling to acknowledge the extent of the horror. I stared at my Mickey Mouse book while around me a loud, furious discussion ensued, about the right to live, the right to self-defence, guilt and the scale of horror. Neither seemed to give in; neither seemed to agree; a chasm filled the kitchen, with no bridge in sight — unending silence.

I dared not breathe. Mickey and I just wanted to get out of this room. A portrait was completely unthinkable, only 60 minutes after we had arrived. And suddenly we were in a Berlin bomb shelter, incendiary bombs falling; we were climbing over charred corpses, getting a uniform and blowing up tanks, being betrayed, and already we were in the midst of the inhuman Stalin machinery, ashtrays used to knock out our teeth, fingernails crushed, endless transports to the labour camp, the Arctic Ocean, the polar lights, and taking our first photo.

The conversation continued for a long time and in the end the persecuted Jewess and the wounded Hitler Youth were sitting together at the table. A resolution scarcely comprehensible to the 12-year-old. I left the room, set up the tripod and attached the Hasselblad. 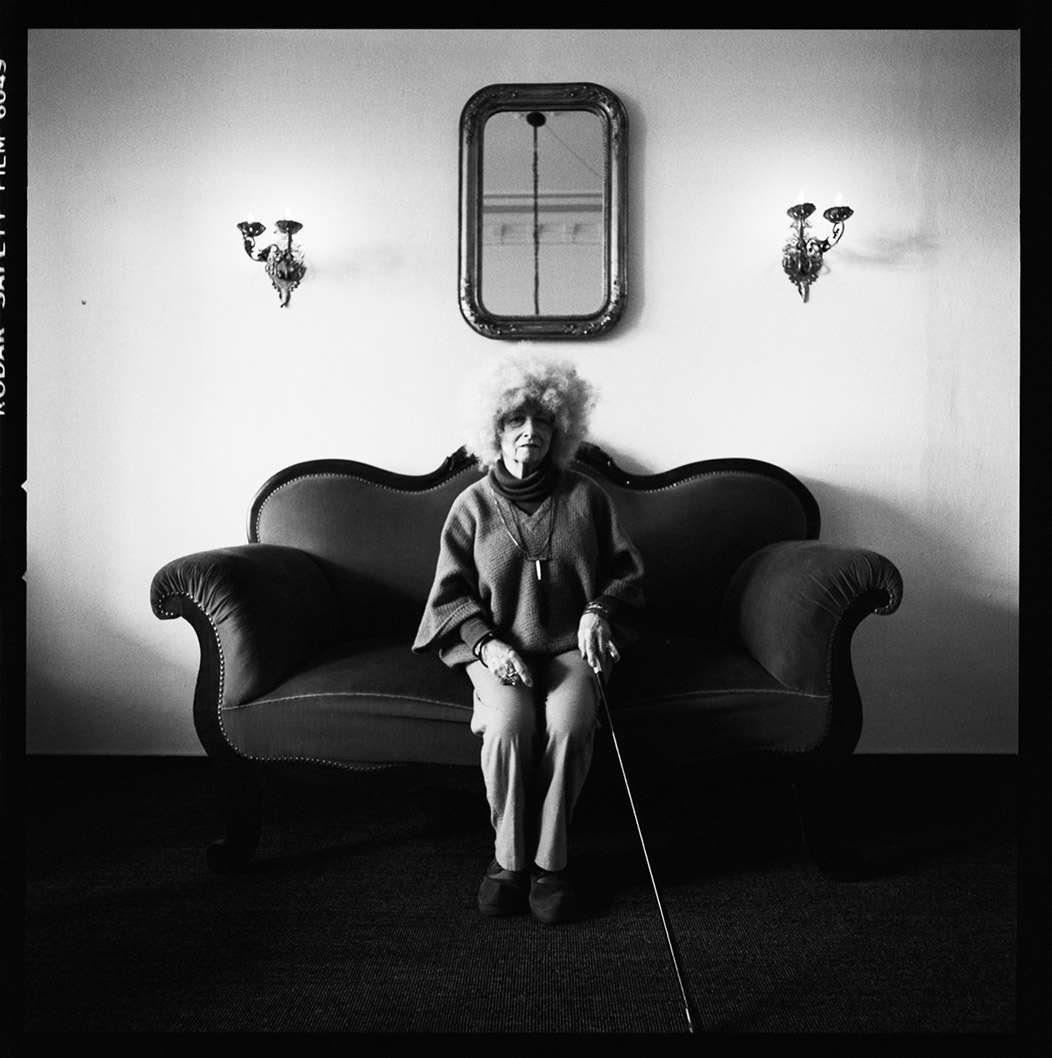 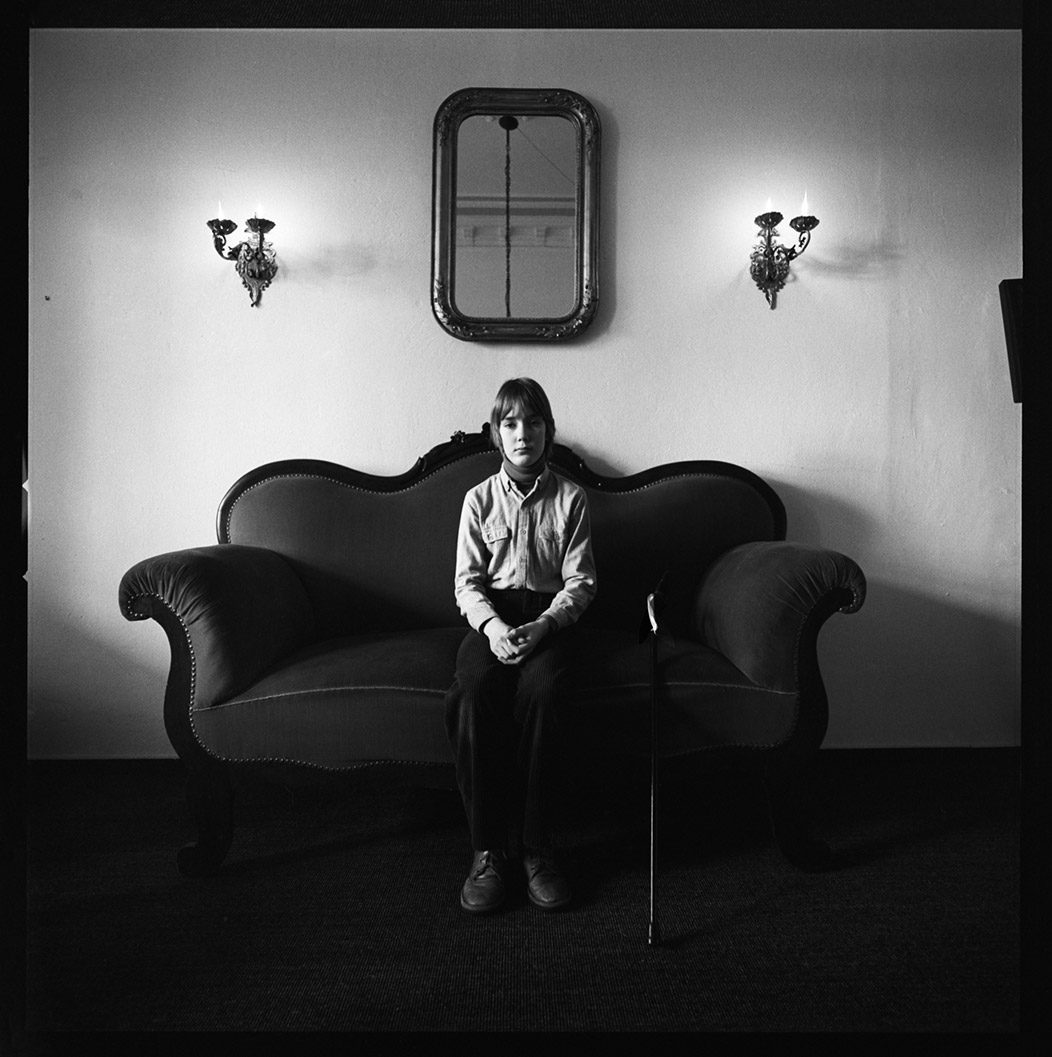 The portrait shows Lil Picard sitting upright on a sofa in the centre of the picture, a mirror hanging above her. No flash, no lamp, only natural light and the surrounding candlelight. A Madonna on a throne. She would later add drawings and notes to this photograph, addressed to a friend dying of cancer in New York. The face of the friend appears in the mirror of the ‘reworked’ photograph and looks at us — but maybe we only see ourselves.

What happened that day seemed unbelievable and inexplicable to the boy. Despite the massive confrontation, Lil Picard and Lothar Wolleh had an intense emotional connection, a deep recognition of the other, which finally unfolded at the non-verbal level and of which the portrait is a part.