On April 11th 1959, the first article about Lothar Wolleh appears in the Swedish local newspaper Gotlands Folkblad. The journalist, who signs the article with his first name ‘Jane’, manages to create a sensitive portrait of the young Wolleh, who seems to live only for photography.

His name is Lothar Wolleh and he is 28 years old. He is German, but he has lived in Gotland for about a year, recovering from six years in a Russian prison camp. At the moment, he is gaining practical experience in a photographic studio in Visby and in his free time, he wanders round the town with his camera. Photography is his all-consuming passion. Insiders say that there are good reasons to remember his name: for in August, he starts a two-year course of study at Professor Steinert's renowned Fotoakademie in Saarbrücken, and after that, they say, he should be well on the way to achieving his ultimate goal: to become a top photographer.

The mere fact that he has been accepted by Saarbrücken University bears witness to his extraordinary photographic talents. Professor Steinert is a demanding man. Yet in this respect, he should suit Lothar Wolleh very well - for Wolleh reveals his future goal without blinking, and has little time for more well-known colleagues such as Cartier-Bresson, Halsman or Capa, whom he describes - with an almost contemptuous shrug of the shoulders - as ‘sound photographers, certainly’. And he smoothly reverts to the subject closest to his heart: himself and his own photography.

This superior and egocentric attitude is slightly annoying at first, until you realise what lies behind it and what circumstances gave rise to it.

First, there were his experiences during the war years: his youth in Hitler's Germany, the Allied bombing raids, the loss of his family. In 1948, he was deputy mayor in Boy's Town near Frankfurt/Main. Two years later, while training to become a graphic artist at the Berlin Academy of Arts, he was arrested by the Russians and sent to Siberia for fifteen years. He was released six years later, after Adenauer visited Moscow and a number of German prisoners were pardoned.

Through contacts in the refugee relief teams at the World Council of Churches, he was later able to come to Sweden and Gotland.

He pauses only when the issue of the past arises, becoming pensive and dejected. But the moment quickly passes, for things are looking brighter for him now: his reaction, after six years in a Russian prison, to reaching a place of safety which he has learned to love, his desperate efforts to steel himself against his memories, and the knowledge that he is an exceptionally talented photographer who has been accepted as a student by Steinert and thus has the future on his side - all this manifests itself as an almost indecent self-confidence.

- Nothing is impossible. Not any more. Not if you have seen what I have seen. After my studies at Saarbrücken University, I expect to have completed my process of maturing as a photographer and be sufficiently expert in my field to be able to make it to the top if I want to. And I do want to - I have become extremely ambitious.

This is said with a roguish smile. Talking to Lothar Wolleh is like being drawn inexorably into the monomania of a fanatic, a high priest of photography - for other topics of conversation are then banned. As if in a bizarre state of trance, he circles round his open folders and piles of negatives, searching, describing meters, angles and lighting with hasty gestures and exalted mien. Watching the long, lanky figure, you begin to suspect that he feeds off old negatives washed down by fixer … 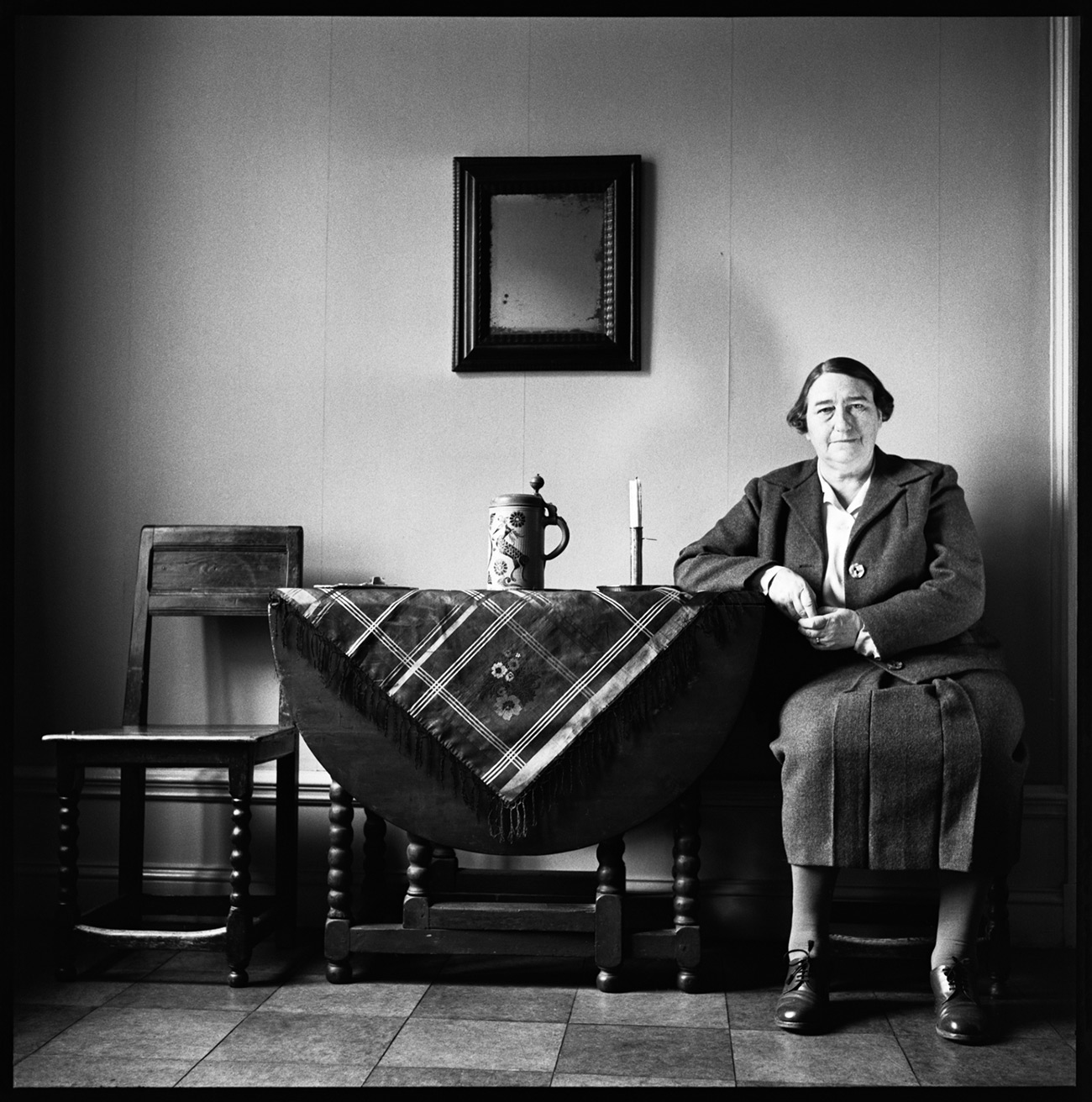 It should be mentioned at this point that when Lothar Wolleh talks about ‘good’ photography, he has come to mean ‘subjective photography’, an experimental approach to photography which - in his words - encompasses most forms of individual creative photography: from abstract photography to profound and strongly aesthetic reportage. Professor Steiner is the pioneer in this field.

At present, he is also evolving plans for films. He waves a manuscript around and performs a brief pantomime to illustrate how he imagines it will be. This will be a 16 mm experimental film - working title ‘Der Spiegel des Jahres’ [Mirror of the Year] - about the experiences of an nameless man over one day. Its full effect will develop primarily through the use of suggestive sound. He and his friend Göran Holmert want to start filming in late spring. They also plan to make a short original film about the pillage of Visby by King Valdemar ‘Atterdag’ of Denmark, based purely on the painting in the Fornsal. Camera tricks and atmospheric music will do the rest. - Great, really great! exclaims Lothar Wolleh.

Last month, the renowned Swedish photographer K.W. Gullers called from Stockholm and wanted to offer the young German a job. The problem was that Wolleh's residence permit expires on 18 June. However, he is hopeful that it can be renewed.

Note: In contrast to the statements made in this article, Lothar Wolleh commenced his studies at the Folkwang School in Essen, not in Saarbrücken.

Journey into the Soul