Examples from the Field

The Practice of Authorship and Origin

If anything typifies the spirit of the avant-gardes of the 1960s and 1970s, it must be their desire for artist collaborations. Plans for commonly conceived works of art, editions, artists books and self-curated exhibitions were bold and challenging. The thorny issues of copyright and authorship often arose years later, when stars had risen and reputations had flourished. In recent years, more than 40 years after Lothar Wolleh’s death, these have proven to be burning issues for his estate.

A little over 15 years ago, a major European auction house presented a work of art by Günther Uecker. Presented as an untitled piece, the rather strikingly framed work consisted of a plain canvas with one oversized nail protruding from its centre. The description in the auction catalogue met all the criteria a collector could possibly ask for: it was presented as ‘a unique piece on canvas, ca. mid 60s’, and in the signature style of the artist. Yet I got involved in a lively discussion with the auction house in the days before the sale. Not so much about the authenticity of the work – which was undisputed – but about its purported ‘autonomous’ status. What was the history of the creation of this particular piece? Was there more to tell, in order to get the full picture? And above all, why is such information of essential importance? 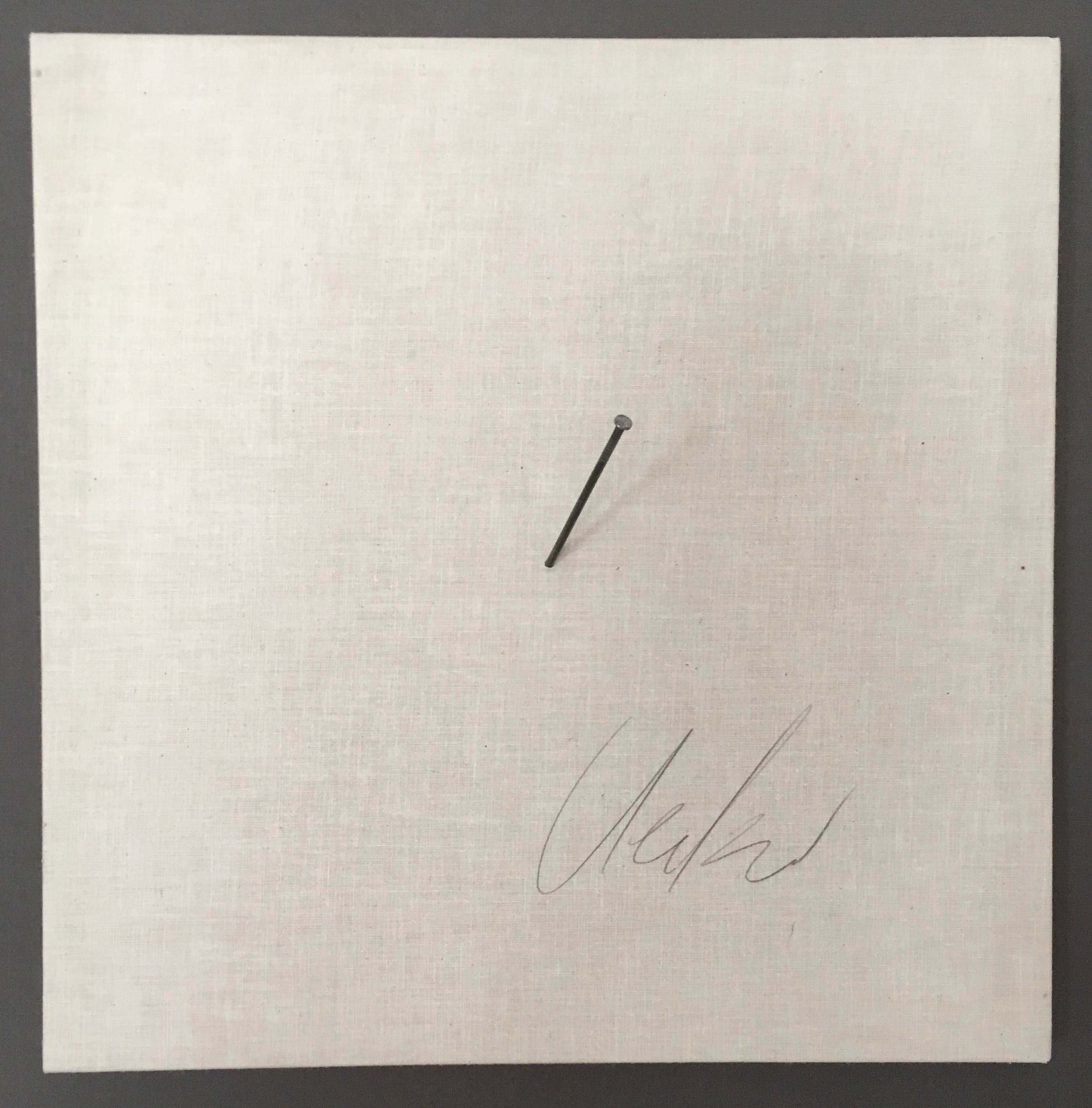 I suspected that this work had had a ‘previous existence’ as part of one of Lothar Wolleh’s artist’s books. It was in 1970 that Lothar Wolleh conceived Uecker. Eine Dokumentation von Lothar Wolleh, also dubbed the Nagelbuch (‘nail book’). This artist’s book consisted of no fewer than 80 of Wolleh’s photographs, paired with five graphic prints by Günther Uecker. A few months prior to this auction, I had come across this edition at a collector’s home, and it was the casing in particular that first caught my eye. As a container for his book and Uecker’s prints, Wolleh had conceived a linen-lined cassette, pierced with a large nail and signed by Uecker. In the case of the work put up for auction, not only had the pierced cover been brutally cut loose from the original cassette, it was also severed from its original context, its unique history of conception.

This example shows how losing context can lead to erroneous assumptions, be it through a genuine lack of information or motivated by somewhat shady ‘market interests’. The ‘unique’ work was in fact part of an edition of 500 copies, and the correct date of creation was 1971. But what was missing in particular was a referral to the work’s ‘birth certificate’, to its origin as part of an artist’s book. There are strong substantive arguments to consider this source. Uecker. Eine Documentation von Lothar Wolleh is unique not only in appearance but also because of its content. In his exceptionally distinctive design, Wolleh combined photographs of Uecker’s works with 17 portraits of the artist, posing, at work in his studio or during his performances. The publication reflects the photographer’s pride and self-confidence, especially where he included a section of 18 portraits of artists in the book, mostly from the ZERO-context. This ‘who’s who’ shows the scope of Wolleh’s international network and interests. But above all, it is a true sample of Wolleh’s artistic practice and personal vision. 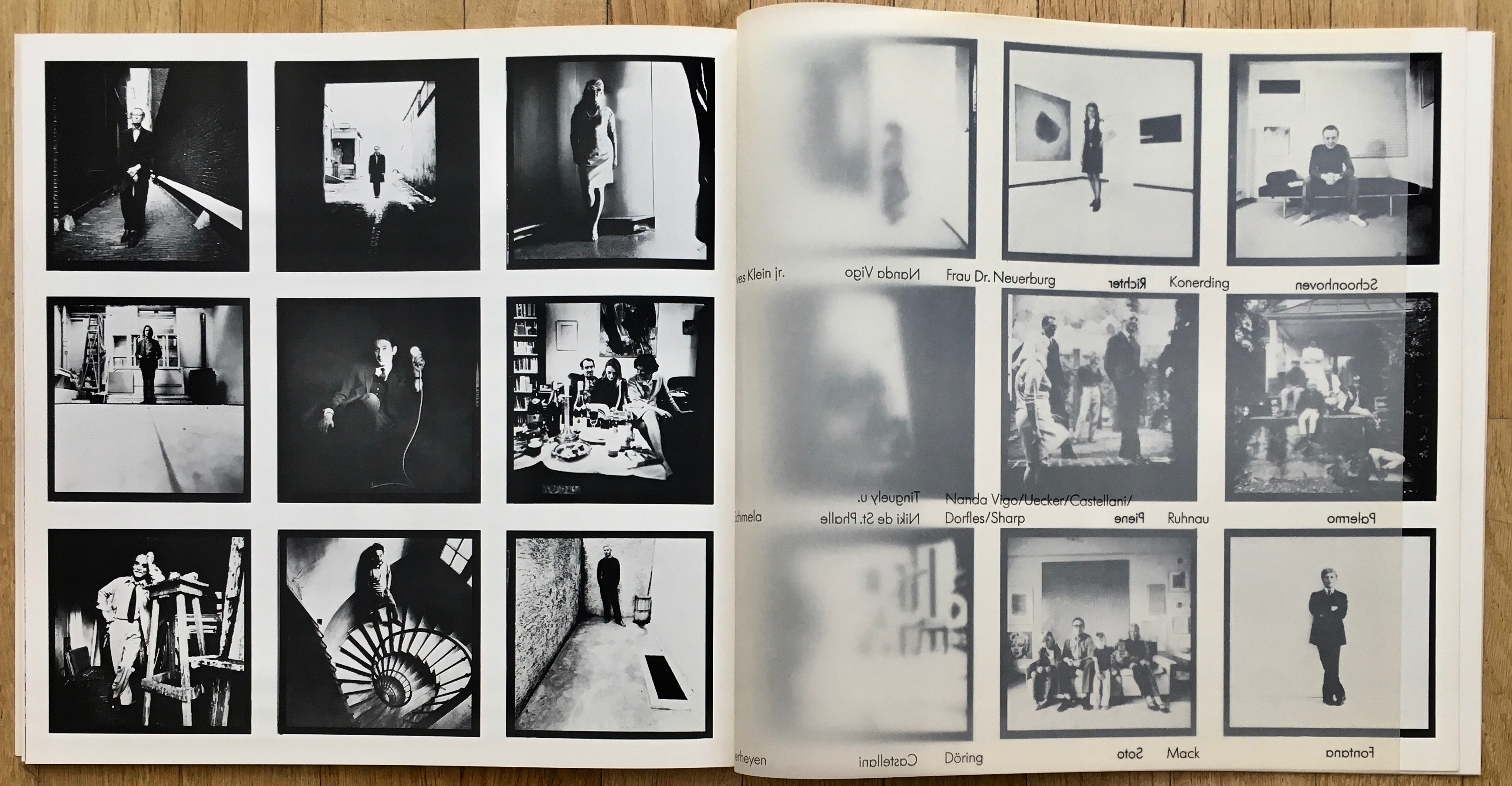 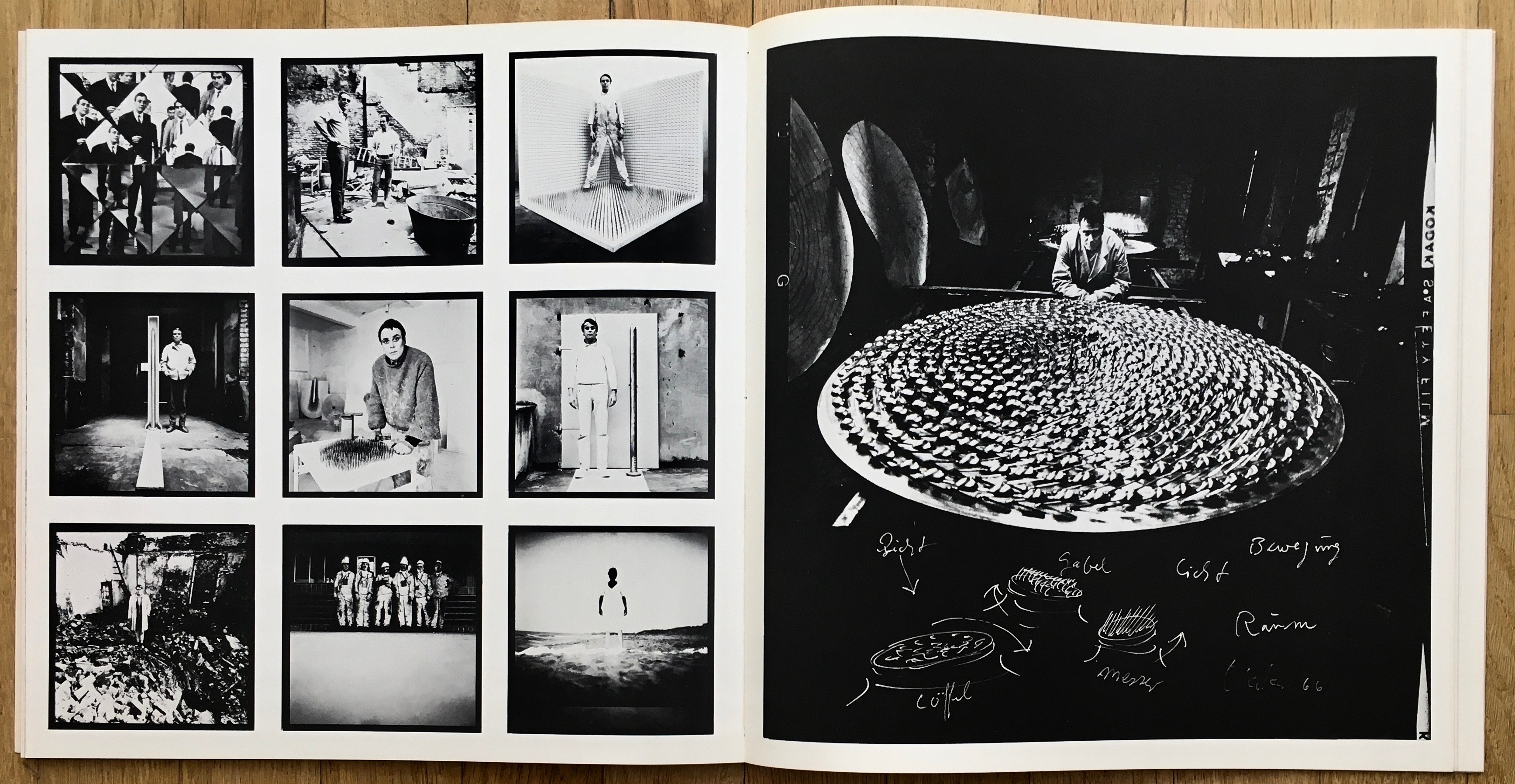 A Project that Bears Both Names

Nevertheless, the question of how to handle such matters of shared copyright, of co-authorship or ‘intellectual indebtedness’ remains. Who gets credit for what, how do we attribute such projects properly, honouring all parties involved? Ironically, the rather ambiguous nature of many of Wolleh’s projects has often led to misunderstandings about the status of his work. His lust for inventio, for new ways of cooperating, presenting and linking his own photographic work to that of others, seems strongest in his ‘books’. The Nagelbuch is a striking example of a true ‘Wolleh-esque’ project, offering a platform to both artists, the photographer Wolleh and his friend Günther Uecker.

Another striking example is a collaboration with Joseph Beuys. In short: a 1971 photo session at the Moderna Museet in Stockholm led to Lothar Wolleh’s book Beuys. Eine Dokumentation von Lothar Wolleh. The title strikingly corresponds to the aforementioned publication on Günther Uecker, which underlines Lothar Wolleh’s conceptual approach. The photos fuelled a joint initiative, the publication of the Unterwasserbuch. This elaborate project consists of 51 of Wolleh’s photos, printed on PVC, with the addition of a multiple by Beuys.  The project was never completed due to technical problems, although a number of copies of the book do exist. The printed sheets of the book – with Wolleh’s photos – did take a life of their own, however. Under the new title 3 Tonnen Edition (1973-1985), referring to the total weight of the prints, Beuys signed and stamped the sheets and sometimes ‘worked them over’ with paint.

Legal arguments aside: are there, in attributing these works, moral arguments for acknowledging the source, this ‘birth certificate’? Apart from the need and obligation to provide correct and complete information, I believe there are. An ‘overworked’ photo by Wolleh may have become a ‘Beuys’, just as a detached cover from the Nagelbuch may be regarded an ‘Uecker’. Nevertheless, they remain inalienable parts of projects initiated by Lothar Wolleh. Besides, omitting information about the creation history and genealogy of these projects discredits both artists. It rejects the lively creative adventure that has fuelled these projects, the fire of the zeitgeist, and, not infrequently, the underlying friendship. Uecker’s final lines in the Nagelbuch read:

‘An artist is an inventor,
A discoverer of ideas,
that can be realized visually,
as parables
of a spiritual development.’

Some of these voyages of discovery, as the Nagelbuch confirms, can only be undertaken in the company of friends and fellow travellers. 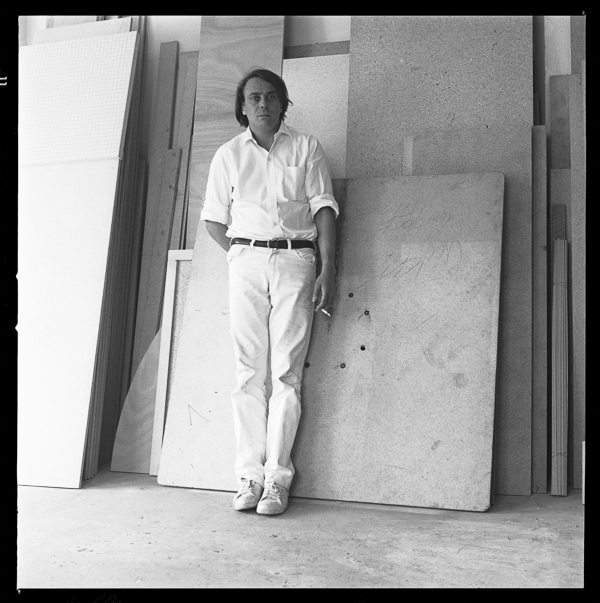